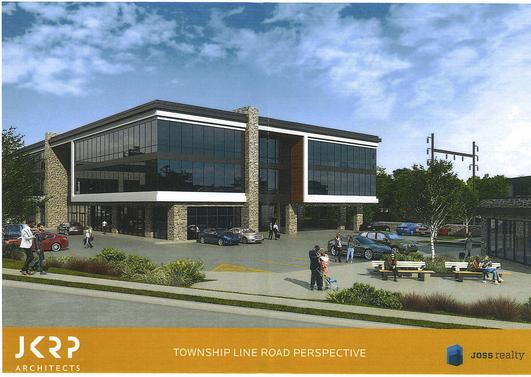 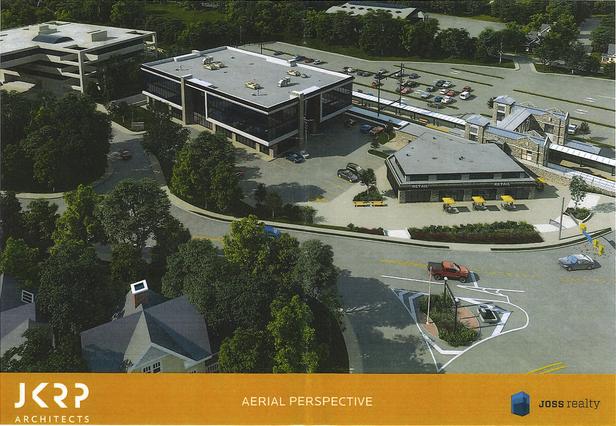 On  April 11, 2022 the Cheltenham Township Zoning Hearing Board announced its decision to approve variances for JOSS Realty, the owners of Pitcairn Place, also known as 165 Township Line Road, to allow modified development of the area where a 5 level parking garage with retail/office space was previously proposed.

The modified development includes a three level structure for office and limited retail use and a 5,385 square foot structure for retail/restaurant use. As in the original plan, the retail structure would front at the intersection of Greenwood Ave. and Township Line Road.

Also planned for the site is a 105 space underground parking garage as well as surface parking for 63 vehicles. The development abuts the site of the Pedestrian Overpass proposed by SEPTA. The overpass is part of the SEPTA's ADA Compliance Project scheduled to begin in 2023.

The first plan, submitted in 2019, was a cooperative venture with SEPTA where the transportation authority would lease parking from JOSS for commuters driving to the Jenkintown-Wyncote Train Station. SEPTA is not part of this proposal and there is no agreement for SEPTA to lease spaces in the current plan.

Future meetings will be scheduled as the project goes through the SALDO process.
​