Because of the historical nature of the station and area, any improvements to the site must go through the Advisory Council on Historic Preservation Section 106 Review Process.

where you can send your comments.

The Jenkintown-Wyncote Train Station is a local treasure and gateway to both Jenkintown Borough and Cheltenham Township. The station was designed by renowned architect Horace Trumbauer and is on the National Register of Historic Places in its own right and as part of the Wyncote Historic District as a contributing resource.

​THE CCC FULLY SUPPORTS BRINGING THE STATION INTO ADA COMPLIANCE AND FIRST ADVOCATED FOR THOSE IMPROVEMENTS IN 2009. We join with other local officials and organizations that believe that SEPTA's  design  threatens the viability of the historic station building. As an official Consulting Partner, the CCC submitted comprehensive comments calling into question SEPTA's design, the amount of public input for this project, its failure to consider the entire area effected by the project, and the report's conclusions.  We also voiced our concerns at a May 31 meeting of Concerned Parties convened by the FTA. SEPTA's responses to our concerns begin in the Keyed Responses Table in Appendix C of the Revised Determination of Effects.

​This  design moves most commuter traffic away from the Trumbauer building, increasing the possibility of the decline of the structure due to neglect. Further, the pedestrian overpass detracts from the station and surrounding historic communities and causes an unnecessary loss of parking.

SEPTA was challenged to explore alternatives to its original plan. In January, 2018 they submitted a  Conceptual Design Alternatives Description detailing their analysis of the alternatives.

See the  List of Contacts
where you can send your comments.

​In January, 2018 SEPTA submitted a Revised Determination of Effects Report (RDE) that again reaches the conclusion that their $23.52M project  to bring the station into ADA compliance will have no detrimental effect on the historic nature of the station or surrounding historic areas.  The plan moves most commuter traffic away from the historic station.  It proposes high-level platforms bordering the tracks along the South Lot and a massive 4-5 story pedestrian overpass that will rise above the Greenwood Avenue Bridge parapet. We still don't agree.

Per federal regulations for historic sites, SEPTA first submitted an Area of Potential Effect Report  and a  Determination of Effects Report  in February 2017. 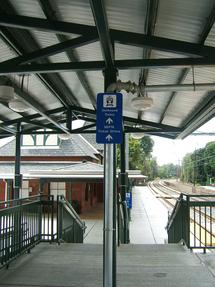 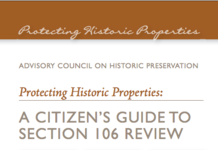